Why do they it call Ethics when they mean Money? 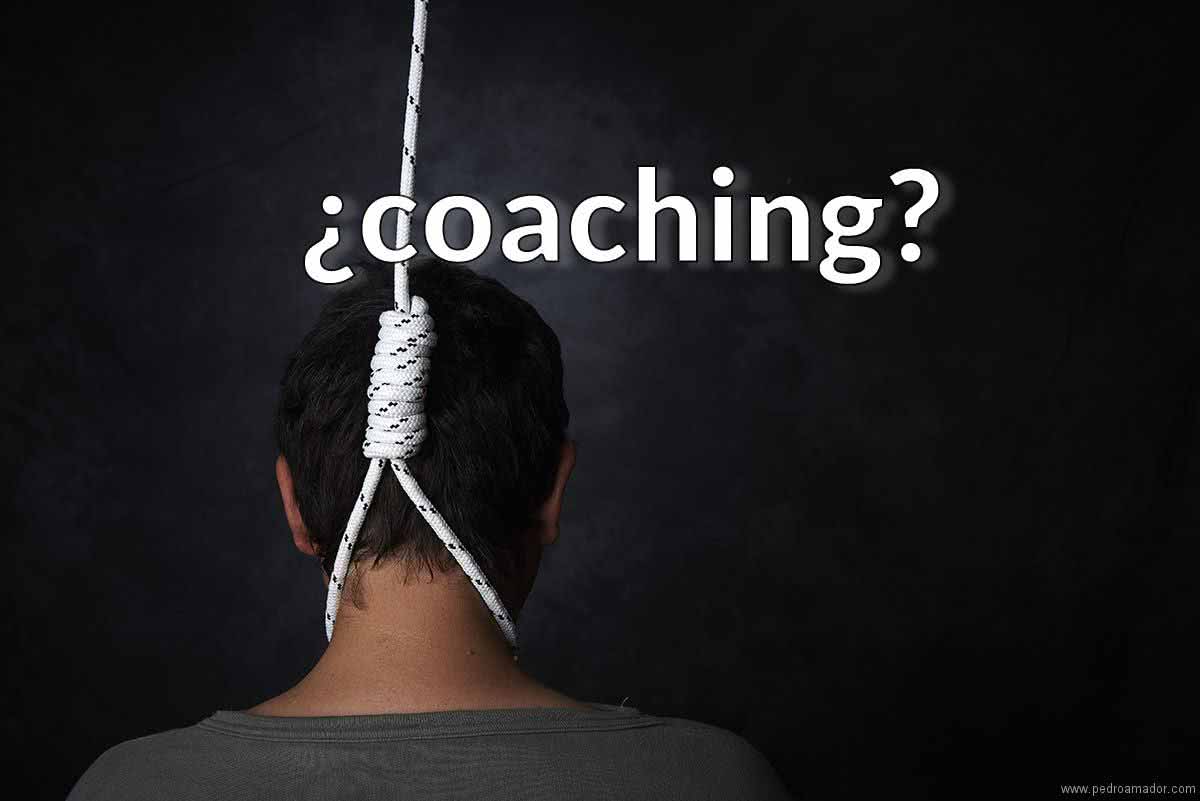 The worst thing of all is that it’s not the name of a film, such as the Spanish film... “Why do they call it love when they mean sex?” This is the reality practiced by the international organization ICF, the acronym of International Coaching Federation, although I prefer to call it the Inquisition of Coaches “Federadillos”. Our company has worked with them for several years and has even sponsored them by donating more than € 20,000. What for? For nothing. Former President of ICF Spain, Mr. Luis Carchak, has shown us that he boasts of ethics without having them himself.

Mr. Luis Carchak (an Argentinean-born man, make sure to pay attention to his surname) came around here a few years ago when coaching as a profession was completely unknown in Spain. No one had spoken to me well of Mr. Luis Carchak, not even in Argentina, but he had the great fortune of being unknown in Spain and he very smartly set up the Escuela Europea de Coaching - European Coaching School (furthermore, EEC). He managed to get a hold of the ICF Spain presidency thanks to his student’s vote from the EEC and thanks to a confused group of us that voted for him.

In the eyes of ICF International, and to not go against his own Code of Ethics, Luis Carchak always introduced himself as a partner of his own firm and never as the head of the EEC. His wife holds that position formally, therefore he could operate undercover. Little by little, he got the EEC to profit from the global ICF brand and progressively, he managed to place people from EEC and people who worked for him at ICF.

And now you may ask, “Is that ethical? Isn’t it a conflict of interests?” Take a look at the ICF code of ethics itself and see that it clearly states:

Section 1, point 4:  I will, at all times, strive to recognize personal issues that may impair, conflict, or interfere with my coaching performance or my professional coaching relationships. Whenever the facts and circumstances necessitate, I will promptly seek professional assistance and determine the action to be taken, including whether it is appropriate to suspend or terminate my coaching relationship(s).

That is to say, a conflict of interests is well defined by the ICF code of ethics. Has Mr. Luis Carchak led people from the EEC to profit? You be the judge:

Main members of the board of ICF Spain in December 2012

When I pointed out that they were going down the wrong path (see here), they took it upon themselves to bizarrely convince ICF International to ask me to go against the Declaration of Human Rights. Is it possible to be meaner? Yes, it is! Welcome to quality coaching! Welcome to EEC coaching!

We’ve all learned to separate the meaning of an institution or organization from that of the people themselves that make it up. Otherwise, there would be a problem with institutions as respectable as the Church, where a few of its members, while abusing their hierarchical power, have committed crimes of pedophilia.  It is important to qualify that the people who make up organizations are not the organizations themselves. Misfortune comes when it’s the president of the said organization who doesn’t walk the walk and abuses his hierarchical power indiscriminately.

Excuse this personal comment, but common sense tells me that they are only moved by money and they are not helping coaching improve.

Here at our company, we’ll keep bringing coaching closer to everyone who needs it, not only the poor fools who can afford to pay for expensive training that isn’t worth its price tag.

ICF had better not give out ethics lessons and they had better stick to giving speeches about what they know how to do best: making money exploiting the good faith of those who think that the most expensive option is always the best.